Our documentary “Unfading” now on Netflix

“Your film is on Netflix”, whispered the producer Kike in the director Jorge Rivera’s ear.

This wonderful news became a surprising reality and we are of course happy to announce that you now can watch Unfading (Imborrable) on Netflix and this is thanks to the fims producer Kike Mesa:

“Netflix is like a new Broadway, a big showcase. It was never our goal, but it’s nice that people across Europe can watch a Spanish-Danish co-production with so many good professionals at their own homes to refresh this hot summer.”

The director Jorge’s own words:

It’s very special for me to be on Netflix with Imborrable. Our premiere and trajectory was stopped by the pandemic and ever since our only wish was to show our documentary to as many people as possible. I am also very grateful for the comments we have received from people after watching the film. Our goal was to tell a story that made people discuss many topics of our life, and I think that many people begin interesting discussions after watching the film.
Daniel Bezares helped also by directing the opening sequence of the documentary, “The Danish chapter”, that tells about the director’s personal journey. 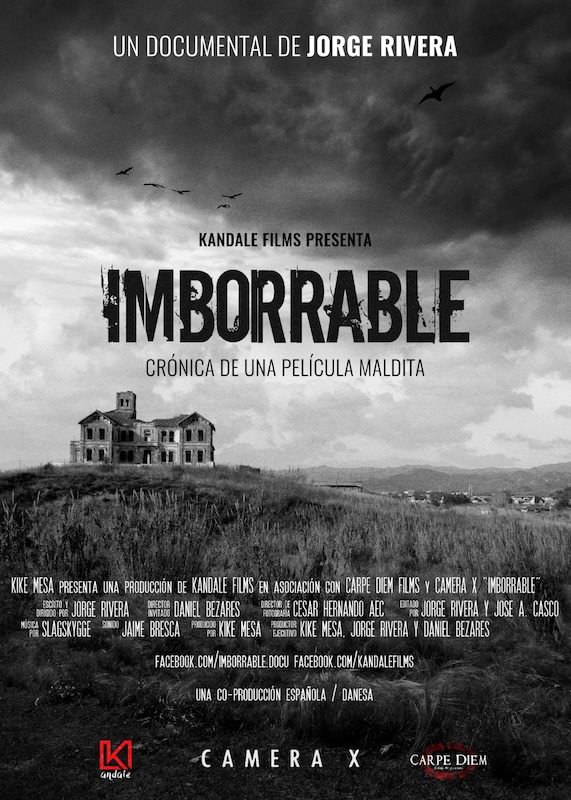 After a descition to take the leap of faith Jorge started working with film production. His debut film Unfading is a feature documentary about a supposedly cursed short film production that was surrounded by many mysterious and unexplainable events – based on a real story.

Camera X was approached to help and co-produce this wonderful exciting film and we are proud to be part of the production. Unfading is a co-production between Kandale Films, JRivera Productions and Camera X

Read more about the film here and you are welcome to contact us for any further inquiries.