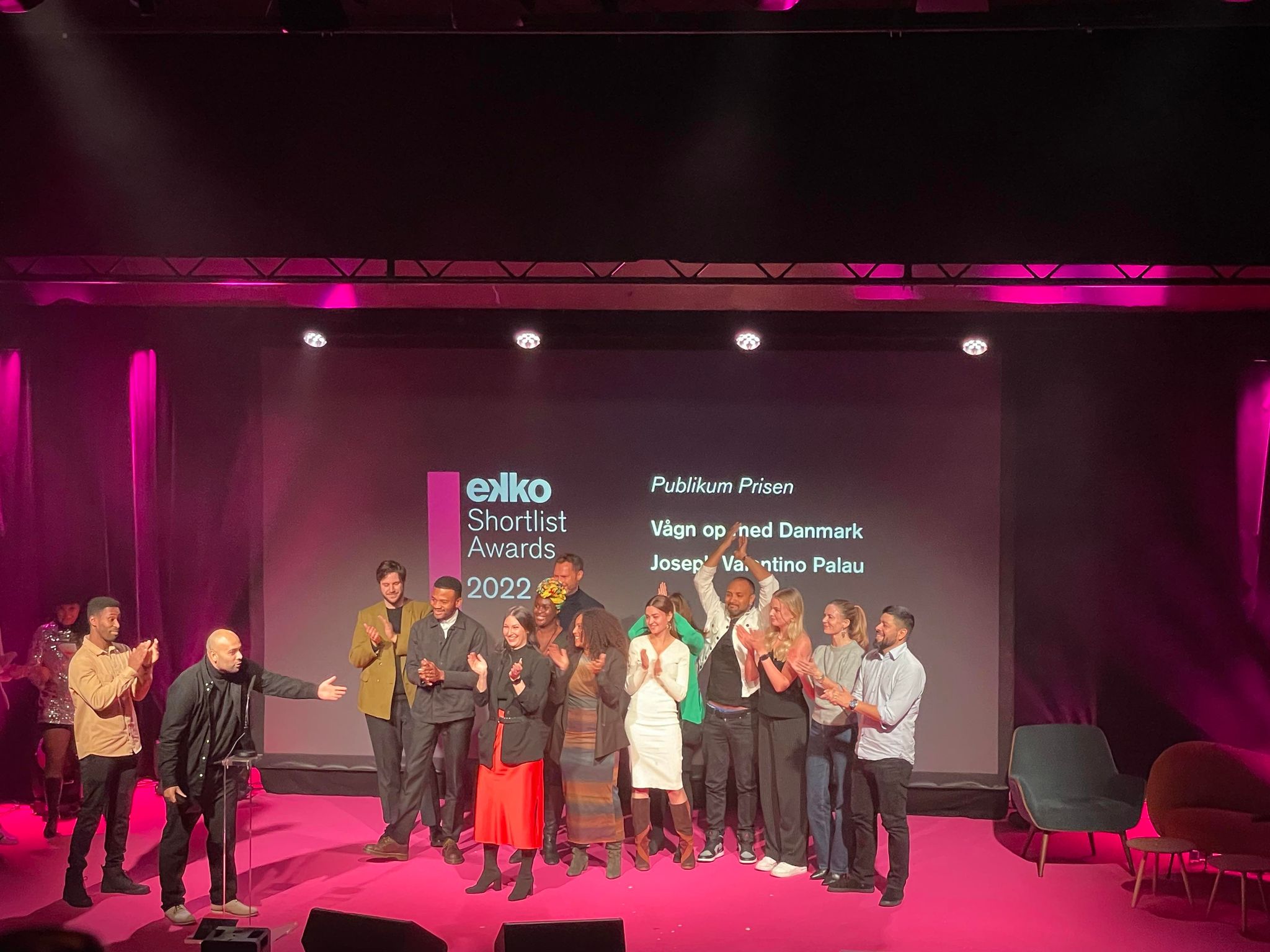 All the attending cast, crew and friends on stage receiving the Audience Award at the Ekko Shortlist Awards 2022.

Our beloved and important short film “Wake Up with Denmark” won one of the most important and prestigious prizes at the Danish Ekko Shortlist Awards 2022 – The Audience Awards – amongst 20 other nominees.

This year’s edition of Ekko Shortlist Awards diversity prevailed through the Diversity Prize where the director of Wake Up with Denmark, Joseph Valentino Palau, was nominated amongst other high profiled nominees as for example Holy Spider, but also, as Wake Up with Denmark, the only film where the whole cast, crew and creators has a true diverse background, won righteously the important prize and made a hard statement on the importance of diverse and inclusion – especially when the all of the attending crew and cast walked up to stage to accompany the Director and co-creator/Lead role on stage to receive the prize.

Director Joseph Valentino Palau on being nominated for the Diversity Award:

I really feel honored to be nominated for the diversity award. It means that my efforts for awareness and change within the film industry are being noticed by individuals and institutions. It’s important to me that we shed like on proper representation and allow new young talent, ethnic talent, and foreign talent to tell stories from their perspective and how they choose to identify within Danish society.

Although I didn’t win the award, I do feel like all the nominees, including myself, are winners because we are all doing what we can to make a change for future generations.

Wake Up with Denmark touches on a sensitive subject on the matter of racism, identity and being a human being truth to herself. Therefore it was an important film to win the Audience Award, that was voted by the real life audience. That says something about our society going through a positive progressive change. 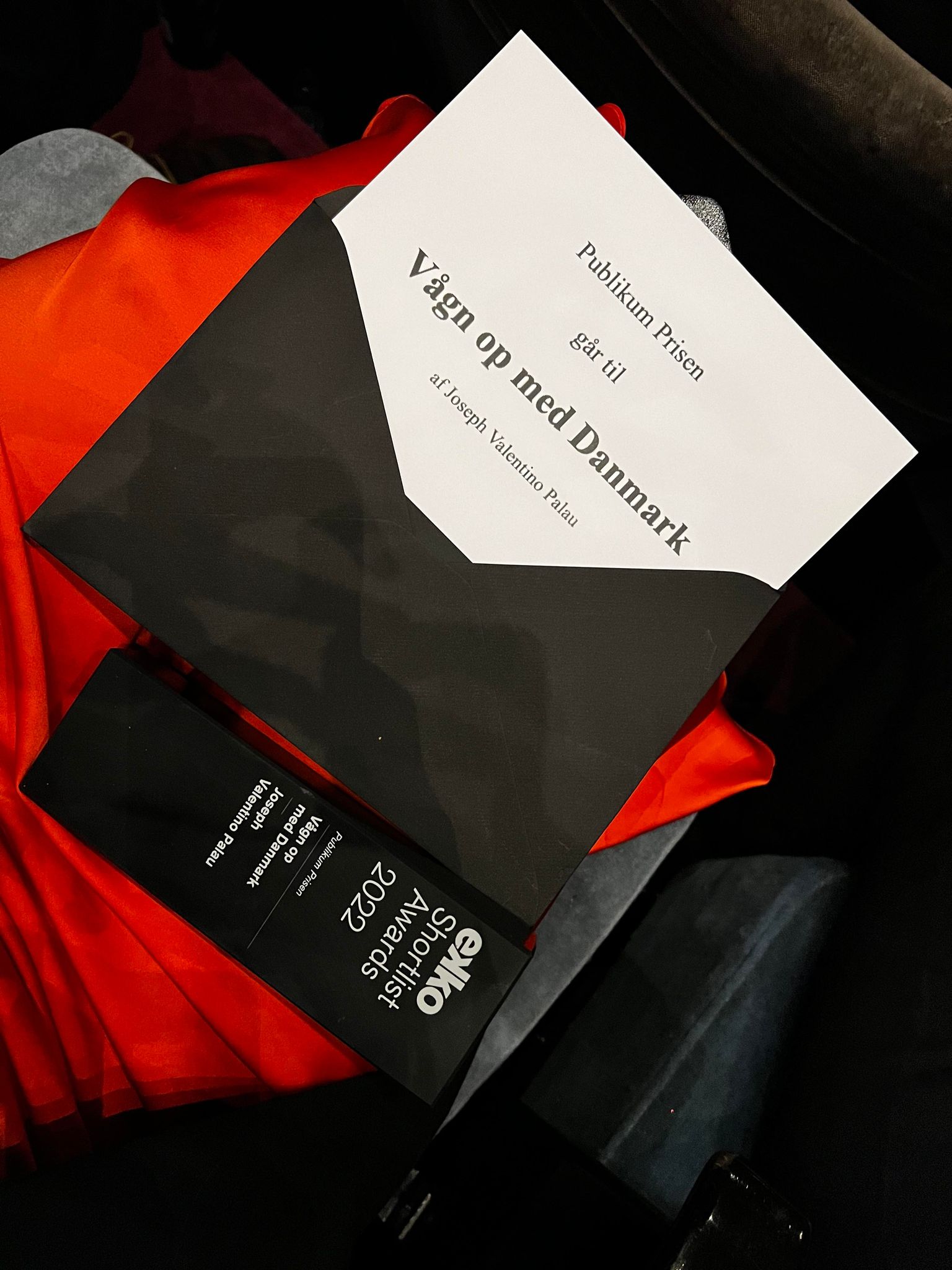 The letter of decision and the statuette for the Audience Award. 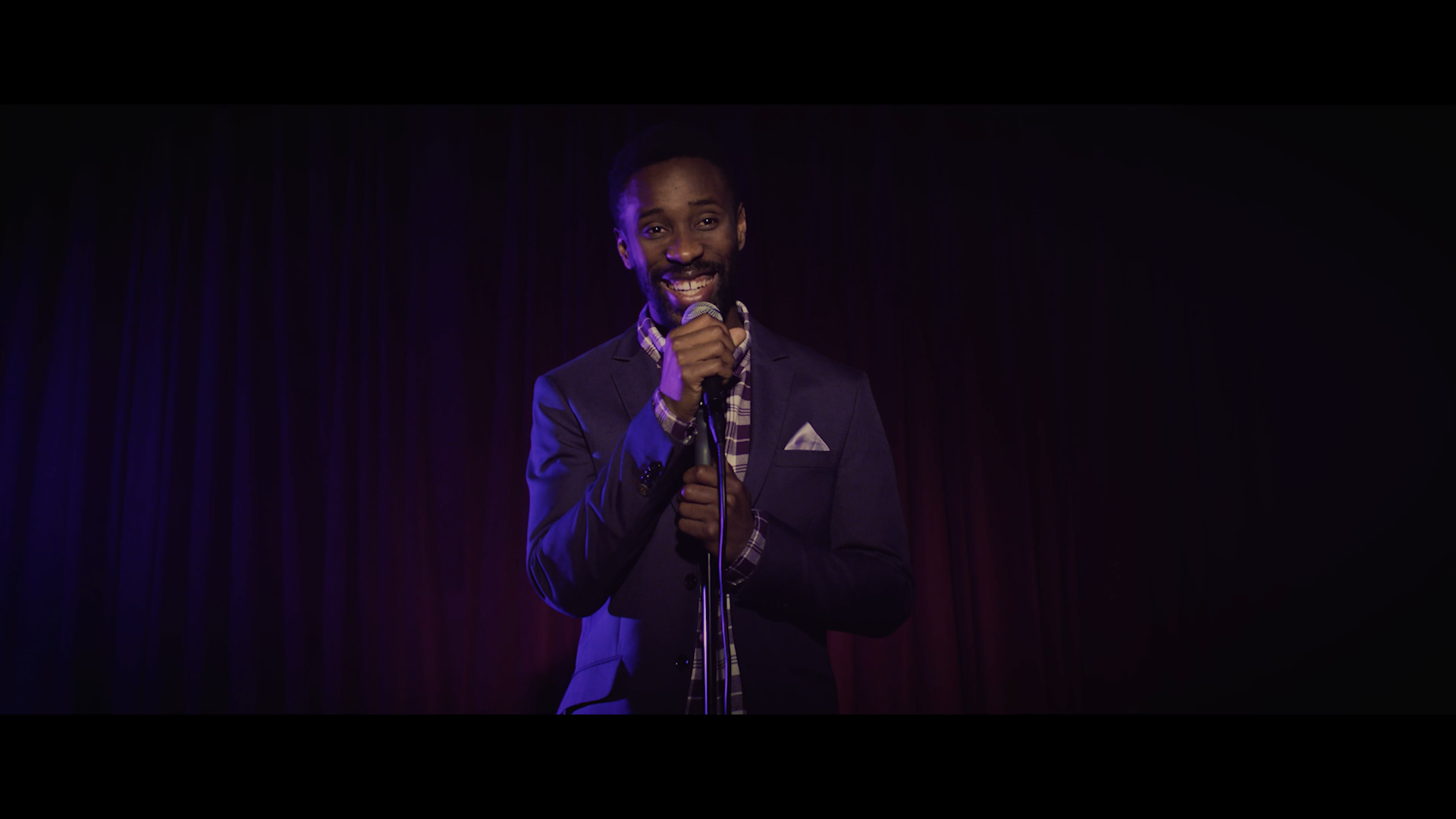 Screenshot from Wake Up with Denmark with lead actor Hervé Toure.

First of all, being a part of this team has been a great experience for me and I am grateful for that.

Winning this award just shows that we have the need for stories like this. For me it was important to show the challenges a lot POC artist go through. And I think we did it in a gracious way.

There have been some skepticism regarding the story and it’s relevancy, that’s one of the reasons I am so happy for this award. I hope that this will pave the way for more stories like this or more stories that are open for diversity, not just in skin color but also diversity of thoughts and cultures.

The audience voted to keep our film on the top 10 on ekko shortlist for 13 weeks (max allowed) and they voted for us to win the audience award so that the film can be acknowledged; huge thank you to the audience. 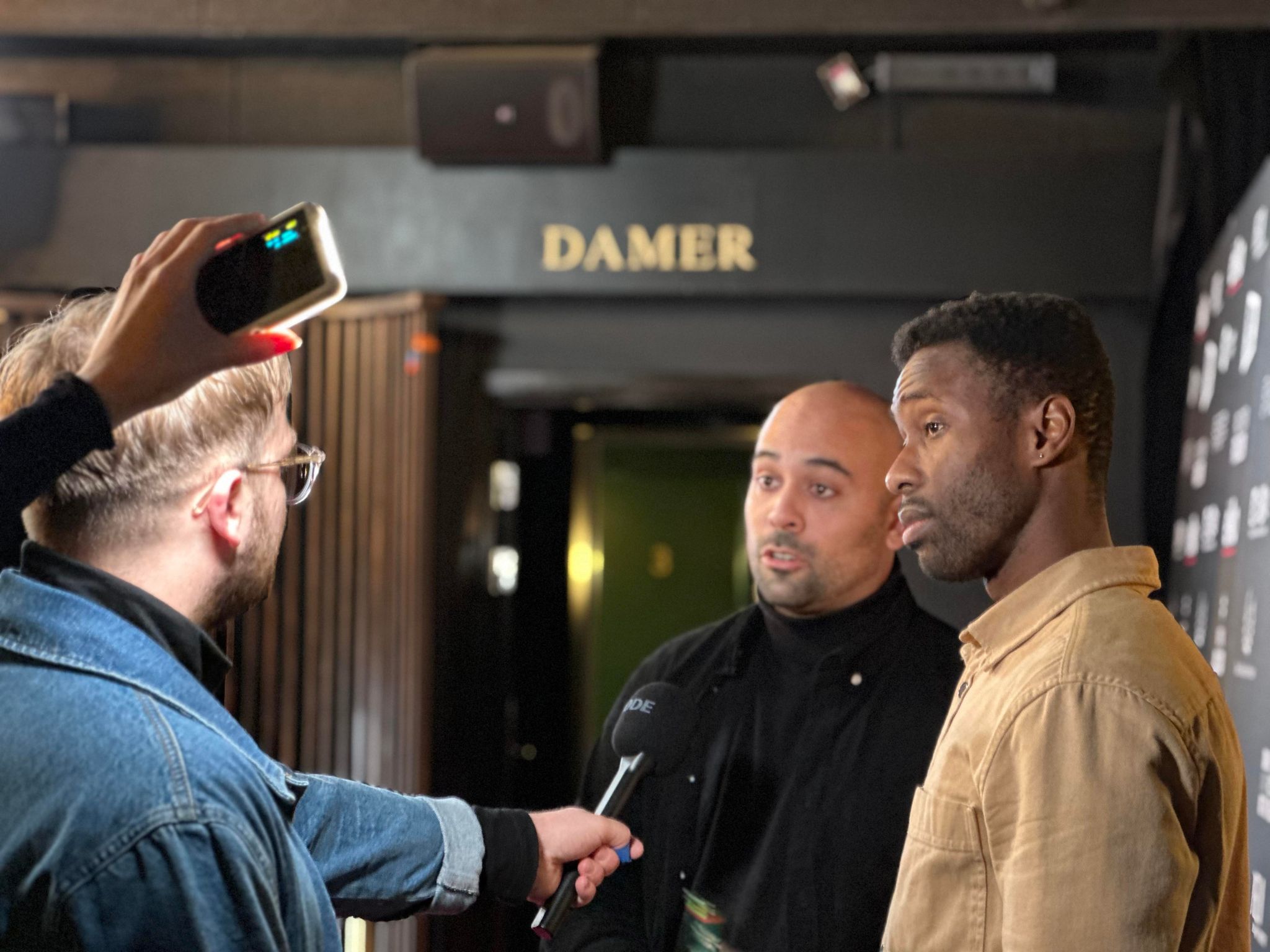 Camera X is proud to be part of the film and contributed with producer Filson Ali and Cinematographer Daniel Bezares in a co-production with Through the Eye Productions with support from Filmværkstedet and FilmGear.

You can watch the film online on Ekkos page.

Congratulations to the cast and crew!